If you happened to visit this town in the province of Rimini, you will surely agree with me that it is a really suggestive place to choose for a short getaway with children or for an entire holiday of relaxation, discovery, fun and good food!

The town is typically medieval and is rich in palaces, villas and monuments.  Starting with Ganganelli Square you will immediately notice the imposing Arch dedicated to Pope Clement XIV, who was born right here, in Santarcangelo. In the square Piazzetta delle Monache stands the Bell Tower, which is 25 metres high. Among the most important eighteenth-century buildings in the whole territory of Rimini there is the Collegiate Church, with grandiose and refined interior and numerous works including the wooden crucifix of the Rimini School of the 1300’s. Beneath the walls there is the Sferisterio, a rectangular field dedicated to the game ‘gioco del bracciale’, a sort of primitive baseball.

At the foot of the historic centre there is the park ‘Campo della Fiera‘, perfect for some moments of fun with the kids thanks to the presence of recreational equipment, as well as various services. There is also a fountain designed by the poet and screenwriter Tonino Guerra, another character born in Santarcangelo. This artwork consists of two sections: the Submerged Meadow and the Water Route, with the sound of water as a background. Always just outside the city centre the Church of San Michele is worth a visit, reflecting the style of the Byzantine churches of Ravenna.

It is the real attraction of this village, the one that will take your breath away
It is located in the highest position of the village and can only be visited in some parts since it is a private residence.
Four-sided and with polygonal towers, it owes its present appearance to the work of Sigismondo Pandolfo Malatesta, who in 1447 brought about changes to the previous building erected by Carlo Malatesta in 1386.
The great Hall and the various rooms with interesting displays and exhibitions are must-sees.
The keep offers a panoramic terrace overlooking the city, that is absolutely not to be missed!

The other surprising and mysterious side of Santarcangelo are its underground tunnels: galleries, passages and wells that you can visit with a guided tour. The origin is still uncertain, it is thought that the oldest were built as places of worship, while in medieval times they were used for the preservation of wine. During world wars they also became a refuge for citizens.

Palazzo Cenci houses the Musas, the Historical Archaeological Museum that preserves the archaeological and artistic evidence of the territory of Santarcangelo from prehistoric times to the 19th century. If you are curious about popular traditions and the peasant world, continue your visit to the Met, the Ethnographic Museum of Customs and Costumes of the Romagna people.

Did you know that even buttons have a story to tell? At the small Button Museum, its founder Giorgio Gallavotti will present you a very rich collection of about 13,000 pieces divided into sections, each time telling the story of different periods of history. Another special feature is the old mangle of the Marchi printing house, a wheel press for the ironing of hemp and cotton fabrics. In this workshop, hand painted fabrics are produced using the ancient rust printing technique.

Outdoors, among the shops and workshops of the center: this is shopping in Santarcangelo. You’ll find shops with typical products, including fresh pasta workshops, boutiques with prestigious brands and artisans producing unique pieces. The weekly market is on Friday, a great opportunity to make great deals!

Food is not a joke in Romagna, everyone knows that! Quality, quantity and love are the secrets to the success of their traditional dishes. Hand-made pasta that is flattened with a rolling pin, piadina stuffed in a thousand ways, fried fish, cheese, etc. If you need any suggestions, my top 3 would definitely be passatelli with soup, strozzapreti and fish soup ? And of course the red wine, Sangiovese and Trebbiano, a white wine with a scent reminiscent of herbs and wild flowers.

There are three appointments to note down. In July, the prestigious International Theatre Festival held in the main square, with outdoor events and international guests. At the end of September, the Fair of San Michele, dedicated to the environment, animals and gastronomy. Finally, on the 11th November, the Fair of San Martino dedicated to the autumn products market and the famous “Palio della piadina”, with competitors of different ages who compete to prepare the best piadina. 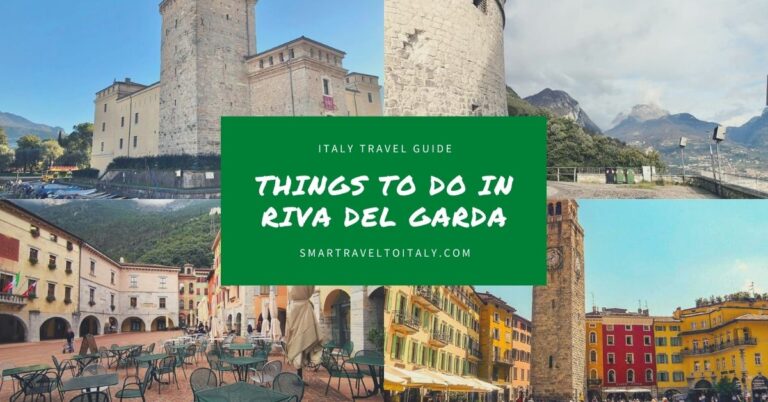