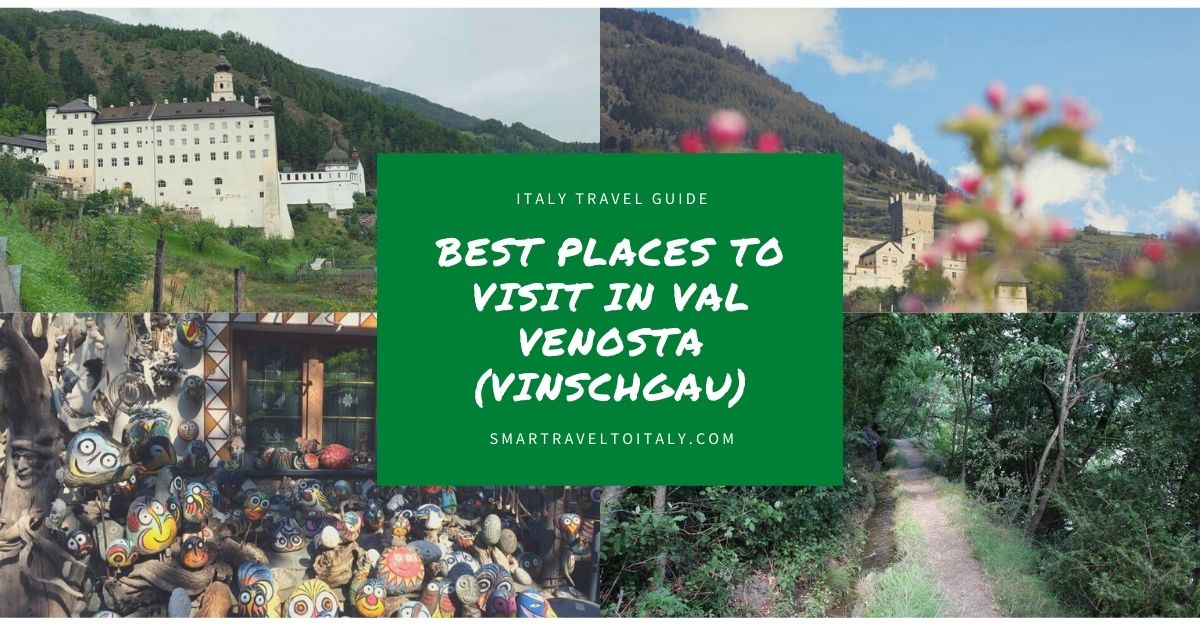 If like me, you love the mountains, nature, and South Tyrol, Val Venosta will know how to welcome you and win you over! This part of Trentino Alto Adige is rich in history, suggestive trekking, small towns, and natural views of rare beauty.

Val Venosta is also a borderland, and as such, it shares different legends and cultures that have given life to a unique territory over the years.

With its submerged bell tower, a symbol of the whole valley, the lake is a paradise for summer hikers, anglers, bikers, and surfers. The bell tower is all that remains of the ancient village of Curon, submerged by water to construct a dam.

Source of the Adige River

The sources of the Adige are located 20 minutes on foot from the town of Resia. They can be reached with a comfortable walk in the woods until you reach the waters that flow from the rock. The Adige is the second river in Italy; it is 410 km long and crosses Trentino, Alto Adige, and Veneto to flow into the Adriatic Sea.

Along the road that continues from Partschins towards the heart of Val Venosta, you can’t help but notice the castle of Castelbello, in the town of the same name. It rises on a spur of rock overlooking the road we are traveling on, and it is inevitable to see it.

Its origins date back to the early 13th century when it already occupied its present position on the left bank of the Adige river. Its unusual shape is marked by a set of corner towers interspersed with lace. Initially owned by the Montalban family, it then passed to the counts of Tyrol and, in the first half of the sixteenth century, to the Hendl family who, after the fires that broke out in 1813 and 1824, only rebuilt a small part of it that allowed them to live there. In 1956 Castelbello was purchased by the Italian State and, after several vicissitudes, entrusted to the municipality, which enhanced it through a cooperative.

Some events are now hosted inside the castle of Castelbello or, otherwise, during the summer it is possible to visit the rooms through guided tours. The guided tour passes through the reconstruction of the different environments. Starting from the door of Romanesque origin, you reach the 25-meter-long courtyard characterized by external stairways and arches of different heights that create a play of suggestive perspectives. The court is also surmounted by an arch on which a wooden passage connects the south wing of the castle to the 14th-century chapel, equipped with a small turret used as a bell tower. Attractive, inside the chapel, is the Romanesque and 16th-century frescoes on the vault.
It is also possible to visit the kitchen, which is part of the oldest part of the castle, which survived the fires and is characterized by several windows arranged almost casually along its walls. In particular, the room’s shape nearly creates a hood and the presence of a stone drain that makes the water flow into the rocks below the castle.

On the southern side of Castelbello, there is the Erker room, completely restored in the sixties because it was found in disastrous conditions. The visit then continues with the circular bastions, which give a solemn aspect to the whole complex, and was erected merely for decorative purposes, while the building, initially with two floors and to which a further one was added later, was the central housing body. . Inside there was a Renaissance marble fireplace, of which some remains are still present, and it was richly decorated through paintings.

Leaving Castelbello, it is necessary to retake the car to enter the heart of the Val Venosta. Finally, we reach Marienberg, or the abbey of Monta Maria, which holds the distinction of the highest Benedictine monastery in Europe.
Built at 1350 meters above sea level, it has an ancient history dating back to the 12th century. Little is left of that first building, but among the things not to be missed during the visit there is also the original crypt, complete with unique frescoes in the world. The visit of Marienberg is completed with the Ora et Labora museum with a permanent collection of ancient artifacts and the history of the museum, accompanied by temporary exhibitions. The library and the church of Our Lady are also interesting

One of the things to absolutely see in Val Venosta is the town of Glorenza, in the list of the most beautiful villages in Italy, thanks to its fully preserved city walls, arcades, and historic walls. The city, located under the hill of Traces, is a meeting point for artists and a trendy set for film productions.

One of the most impressive and beautiful castles in South Tyrol is located on a hill above Sluderno. It takes its name from the Bishops of Chur, the Lords of the Castle and can be visited through some guided tours organized daily. Of all the castles in Val Venosta, this is what I recommend you to see.

If you plan a holiday in Val Venosta, you will undoubtedly pass by Sluderno. My advice is to schedule a stop in this town, whose historic center is collected and evocative and hides some tiny pearls not to be missed. First of all there is Castel Coira, but if you have enough time you can also walk along the beautiful path of the canals that starts right here.

Characteristic of the Val Venosta and Merano area, the paths of the canals extend along narrow water channels through the valley. About twenty of these typical canals, which centuries ago were used for the irrigation of the fields of the valley, are now accessible in all seasons.

Do not miss the Laatschanderwaalweg, from Latches to Castelbello and Partschins near the waterfall.

Certainly one of the things to do in Val Venosta. The Adige cycle path is 80 km long and follows the ancient Via Claudia Augusta. It is a well-known route because it allows you to rent bikes along the way, get on the train and then release the bike at the station thanks to the Train & Bike service.

At the beginning of the valley, immediately after Merano, we find one of the most beautiful and impressive water jumps in the Alps. Its body of water pours downwards with almost 100 meters of vertical drop. Particularly impressive in early spring with the melting of the snow, when up to 6,000 liters of water per second pour downstream. The waterfall can be reached with a walk from the town center.

The Alta Via Val Venosta is a real attraction for all hikers. Its route develops from the source of the Adige on the Resia Pass, in the area of the triple Rhaetian border, up to Stava in the Lower Venosta Valley. The rich and varied vegetation of Monte Sole and the splendid panoramic view of the Ortles group make the route a unique experience. It can be covered entirely or in individual sections, perhaps using the ski lifts to reach the path and then descend on foot.

In the open-air museum of Lorenz Kuntner, known as the shaman of Val Venosta, you can see totems, painted stones, and above all compositions with animal skeletons. On the opposite side of the road, there is also the artist’s workshop house, and here too, there are numerous bones and works of art hanging outdoors. There are also several artists’ publications, unfortunately, all in German.

Lorenz Kuntner’s philosophy is linked to ancient American Indians, where objects are connected to spirits and possess vital energy. The artist is so attached to the Indian world that he has chosen a name whose meaning is “the man who talks to the wind.” The bones used in his installations were recovered by Lorenzo Kuntner directly in the surrounding mountains. Even when he finds animal carcasses around, he takes them home, boils the skeletons, and uses them as if they were Indian sepulchral monuments, exposing them to the ” sacred wind. “

The Lorenz Kuntner open-air museum can be visited at any time of day and only requires a free offer of at least 1 euro. 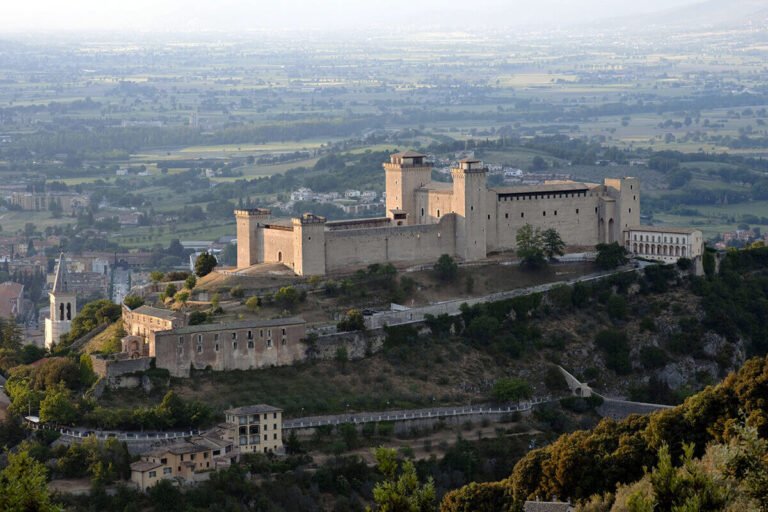