Weekend is approaching and we all feel like taking our car, discovering new places and trying new flavours! The journey I want to suggest you today is a mix of beautiful landscapes, picturesque streets, historic churches and good wine. All this and much more can be found in Montefalco, one of the most beautiful villages of Italy in the province of Perugia.

Fun fact about its name’s origin

In the Middle Ages it was called Coccorone. Then, when it was devastated by the troops of Frederick II of Swabia it became Montefalco, recalling the emperor’s passion for hunting falcon. Everyone calls it ‘the railing of Umbria‘ (la Ringhiera dell’Umbria) for its panoramic position, offering a breathtaking view over Perugia, Assisi, Spello, Foligno, Bevagna, Trevi and Spoleto, as well as on mount Subasio and the Martani mountains. The most famous panoramic point of the city is Largo Sesto Properzio in front of the city gate Porta della Rocca.

The village has a medieval setting, surrounded by thirteenth-century walls and towers. You’ll immediately find yourself in front of the most important religious building, the church of San Francesco (1335-1338) which is now the Civic Museum. In addition to the remarkable frescoes in the old church, such as those depicting the stories from the life of St. Francis by Benozzo Gozzoli, you can visit the Art gallery, the crypt and the cellars of Friars where the tools used to gather grapes and make wine are displayed.

Further on there is the main square of Montefalco, which has a particular almost circular shape. Here you can find the Town Hall with its bell tower that you can climb up, the former Church of San Filippo Neri today a theatre, the ancient Oratory of Santa Maria and some noble residences of the 16th century. The Church of Santa Lucia and the Church of San Bartolomeo are located in the oldest part of the town.

Moving on you can find the Church of Sant’Agostino, with its elegant stone façade and single nave. I suggest you also a visit the Church of Santa Chiara of Montefalco, with its three naves and a silver urn where the remains of the Saint are preserved. Through the sacristy you enter the little church of Santa Croce, with valuable frescoes of the 1300’s. The Augustinian Monastery of Santa Chiara can also be attributed to the Saint, which can be visited on request. In its cloister there’s the tree of Santa Chiara and with its berries the nuns weave the crowns of the rosary. Another curiosity concerns the convent of Santa Chiara, where the secluded nuns live; there is a vine of Sagrantino that is 150 years old and is the oldest one in Umbria! And between one church and another, you can enter the many craft shops selling typical products.

The hamlet of Fabbri is worth a visit, there you can see the remains of the castle built in the 14th century. It has high battlements, quadrangular bastions, a moat and a drawbridge. The 20-metre high tower is still intact and under the foundations lie long underground passages. The tower is perfectly aligned with those of Matigge, Montefalco and Morcicchia and legend tells they were connected by an underground walkway.

Sagrantino wine and the local products

When thinking of Montefalco, the Sagrantino DOCG wine immediately comes to mind. It’s a famous red wine that comes right from this area. You will see short rows of vines inside the walls, along the streets of the center and in the facades of the historic palaces. It is an intense wine that can reach up to 16°, so it should be drunk slowly and with simple but rich dishes of the Umbrian cuisine. It perfectly matches with pork, cold cuts, pecorino cheese and strangozzi, the typical Umbrian handmade pasta. Often this wine is also used for the preparation of dishes, such as Montefalchese risotto, pappardelle al Sagrantino or roasted meat. Its must is used to prepare excellent maritozzi (made with eggs and yeast), while almond tozzetti are classic biscuits that are to be dipped in Sagrantino raisin wine. There are the two variants of Montefalco DOC, the red and the white one. If you like wine, you are definitely in the perfect place for a tasting tour! There are many good wine cellars and if you’re staying for a couple of days you can opt for ‘La Strada del Sagrantino’ tour that will take you to several towns in Umbria, including Bevagna, Castel Ritaldi, Gualdo Cattaneo and Giano dell’ Umbria.

Montefalco is also known for its oil with its intense color and fruity flavour, its honey and its textile inspired by traditional designs. Natural fibres such as linen and cotton are mainly used, with the typical ‘jacquard’ processing. This is how sheets, bedspreads, towels, curtains, tablecloths and dishcloths are made.

On Easter Monday the traditional ‘La ciuccetta‘ race takes place: everyone can participate, all you need is a fresh egg! The winner is the one who ends the challenge with an intact egg after other competitors have tried to break it against their ones. The most awaited event of the summer is ‘La Fuga del Bove‘ (The bull race), a historical re-enactment in which the four districts challenge each other by accompanying and racing a bull to win the ‘Falco d’ Oro’ award (a Gold Falcon). The show takes place in the square among parades, drummers and flag-wavers. On the third Sunday of September there is the Harvest Festival, with a parade of floats celebrating the harvesting and wine-making period. There is no shortage of music, dances and typical local dishes! 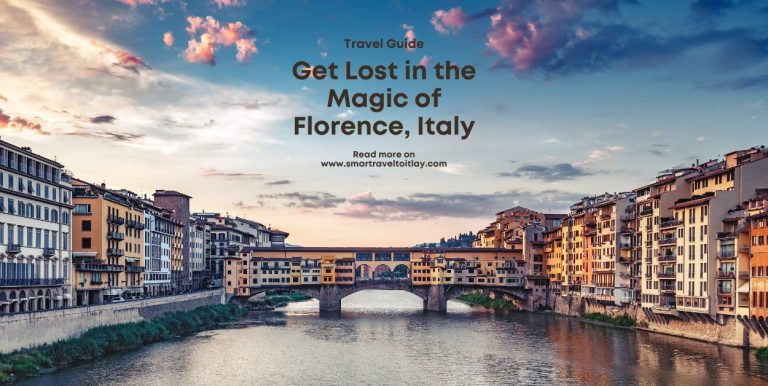 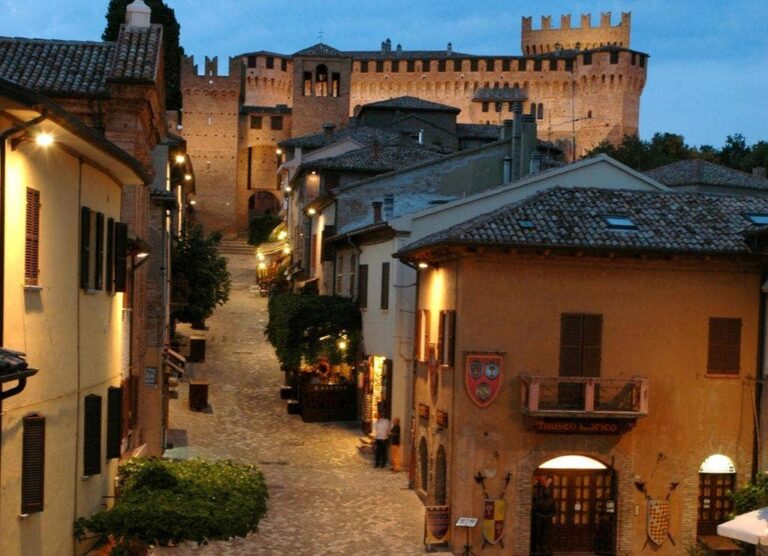