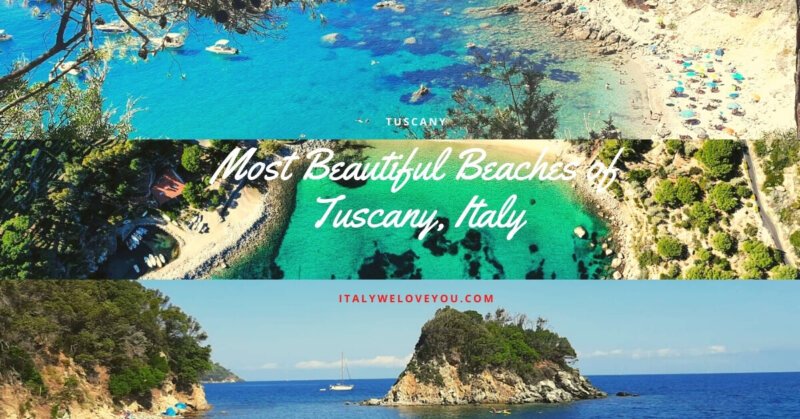 Few regions can boast Tuscany’s international fame and appeal to both Italian and foreign tourists. Cities of art and culture (Florence, Pisa, and Siena, to name a few), beautiful medieval villages, and hills so enchanting that they seem drawn, attract millions of visitors from all over the world every year.

However, Tuscany also has the good fortune to count on an extraordinary coastline, where some of the most beautiful beaches in Italy follow one another almost uninterruptedly.

This beach is one of the most beautiful on the island of Elba and is located just 2 km from the small town of Procchio. It’s a mixed beach with sand and small stones. It was named Paolina in honor of Napoleon’s sister, imprisoned on this island. This small beach can be reached by a steep path or by kayak from the beach of Procchio.

It is located precisely in the bay of Orbetello, for years an oasis protected by the WWF. Its waters are among the cleanest and clearest in the Mediterranean. Here you can eat and rent beach chairs and umbrellas.

Like Paolina beach, Cala del Gesso is quite hard to reach and therefore not recommended for families. Here there are no services of any kind, but its beauty absolutely compensates any lack.
However, it might not be the ideal beach for young people looking for partying and fun.

In addition to the larger island of Elba, the other Tuscan island that makes your heart beat faster for the natural scenery and breathtaking beaches in the island of Giglio, an island inhabited by just over 1,400 inhabitants. The island is a concentration of beaches and coves that alternate one after the other, and you will soon realize that driving along the paved scenic road that goes around the entire perimeter (think how nice to rent a scooter and turn the island on the road admiring the change of the various scenarios). Among these stands the Spiaggia delle Cannelle: a beautiful beach of fine white granite sand, lapped by a crystal clear sea.

Capraia is an island near the coast easily accessible from Livorno. The island is still wonderfully wild. You can access most of the coves only by boat. Among all the most beautiful beaches is Cala San Francesco, located near the convent from which it takes its name.

The beach of Punta Ala is located in Castiglione della Pescaia and is easily accessible from the main cities of Tuscany. It has been awarded the Blue Flag several times as one of the cleanest areas in Italy.
Not far from Punta Ala, you can visit other places of historical interest, such as the Hidalgo Tower or the Appiani Tower.

For nightlife lovers, Forte dei Marmi is the ideal location. The area offers several km of coastline, with numerous services, including bars, pubs, clubs, and fantastic restaurants. In recent years this area has become increasingly popular as a destination for Italian and international VIPs.

The beautiful Baratti is recommended for families with children, as it is easily accessible and has beautiful natural pools.
There are some bars, restaurants, and lidos where you can rent umbrellas and deckchairs on the beach. It is characterized by breathtaking natural scenery between white sand and beautiful and imposing pine trees.

Considered one of the most beautiful beaches on the island of Elba, Cavoli Beach is a little gem with clear waters, golden sand, and the lush setting offered by the Mediterranean scrub. Not for nothing, in 2015, the beach was ranked among the ten most beautiful beaches not only in Italy but of all Europe by Tripadvisor users.

The beauty of the place, however, has meant that over the years, the fame of Cavoli has grown more and more to make it today one of the most popular beach sites on the island: if, on the one hand, this means a great concentration of young people and entertainment of various kinds (music, bars, stores), on the other hand, it means that the beach is very crowded in high season and that you will have to wake up very early to find a free hole. But, trust me, the early rise will really be worth it!

In the south of Tuscany, near Argentario, there is Talamone, a small town characterized by an imposing castle that once served as a defense against pirates. Here there are two small beaches with rocks and sand, one located under the stronghold, which also offers an establishment called “Bagno delle Donne,” the other that runs along the access road and is ideal for lovers of sport sailing. The beaches are immersed in a natural reserve, so it is relatively easy to come across wild animals such as wild boars and deer.

Among the most famous beaches of the Tuscan Maremma, Cala Violina is undoubtedly at the top of the list. The fine sand of quartz granules and the color of the sea exceptional at any time of year have made it a coveted destination of seaside tourism, halfway between Follonica and Punta Ala.
The peculiarity of the place is in the presence of grains of quartz that, if rubbed together, give rise to a sound reminiscent of the strings of the violin when they are plucked: this is an infrequent phenomenon and occurred only in a few other parts of the world (including Brazil and Australia), and that has precisely given its name to the cove.
Another “point in favor” of the location is that it is a beach with free access, which has allowed to preserve the wild aspect of the surrounding nature. In summer, there is a kiosk to buy sandwiches and cold drinks.

A small strip of land situated just beyond the Island of Elba, the Island of Pianosa is a paradisiacal place, easily reachable by ferry from the main ports of the nearby Island of Elba. Because of its small size and the presence of a mostly jagged coastline, the only bathing beach on the entire island is Cala Giovanna, a small beach but with a strong Caribbean flavor. Located near the village and the old port is a popular destination for young couples and fans of diving and snorkeling, always attracted by the beauty of the seabed.

Not everyone knows it, but in the dock of Viareggio, there is a pristine beach where you can relax and enjoy the sea life. We are talking about La Lecciona beach, a destination loved by both families and groups of friends, between the city center and Torre del Lago. Less known than many other neighboring beaches, although very beautiful, it can be a viable alternative if you want to spend a few hours at sea in a place less emblazoned than others. Small curiosity? Since the ’70s, La Lecciona has been named the most gay-friendly beach in Italy!

La Feniglia is a long stretch of golden sand located in the municipality of Orbetello, which extends for about 6 km and is surrounded by shady pine forests. It is a seaside area much loved by both residents and tourists (without, for this, being overcrowded) because in the vicinity there are many services and hotels of all respect, also the whole area is of great natural and scientific interest: the pine forest is home to many species of animals (deer, foxes, wild boars, badgers, weasels, plus many species of migratory birds) and plants (pines, cork trees, oaks, lilies).
If you are looking for an alternative to beach life, inside the Feniglia Dunes Nature Reserve, you can also come across several bird observation sheds for bird watching enthusiasts.

Another beach in Tuscany with a very “wild” aspect is Collelungo Beach. Located a few kilometers south of Marina di Alberese, it is a vast and semi-deserted beach resort even in high season. The peculiarity of the place is the beautiful dunes, embellished by the classic vegetation of Maremma: the place is very recommended for those who love unspoiled sites, where you can be in close contact with nature (when the influx of people is lower, you can even glimpse some foxes lying in the sun or other wild animals). Obviously, the utmost respect is required for the surrounding environment and the atmosphere of tranquility that characterizes the place… If you dream of the entertainment of the beaches of Ibiza, this place is not at all ideal!

For camping lovers, Le Rocchette is the ideal place to enjoy the sea in Tuscany. Here you can find the most functional campsites in the entire region. The beach is rocky, and its waters are perfect for snorkeling. 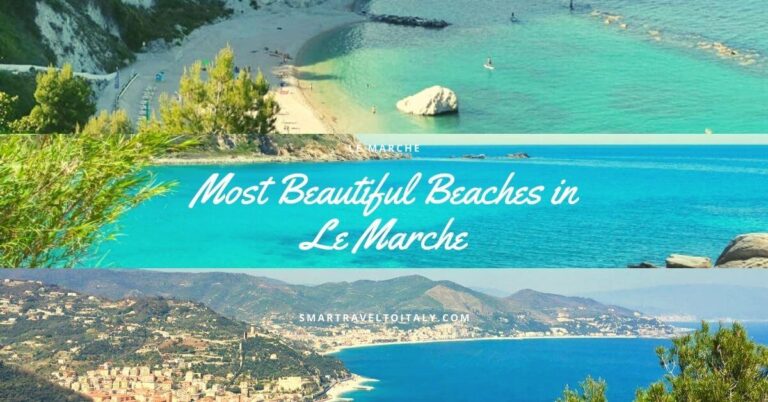 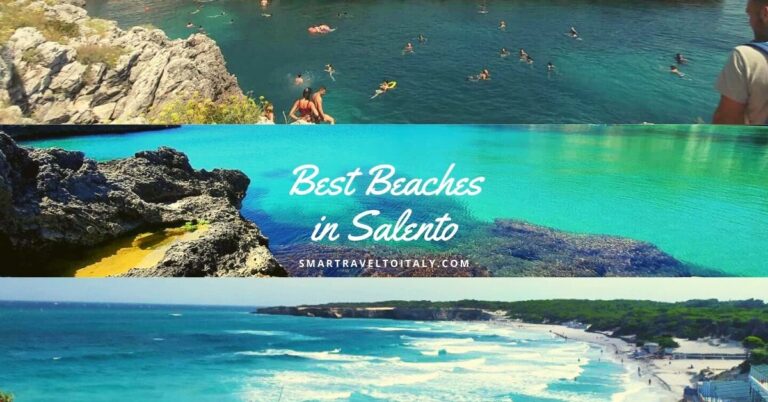 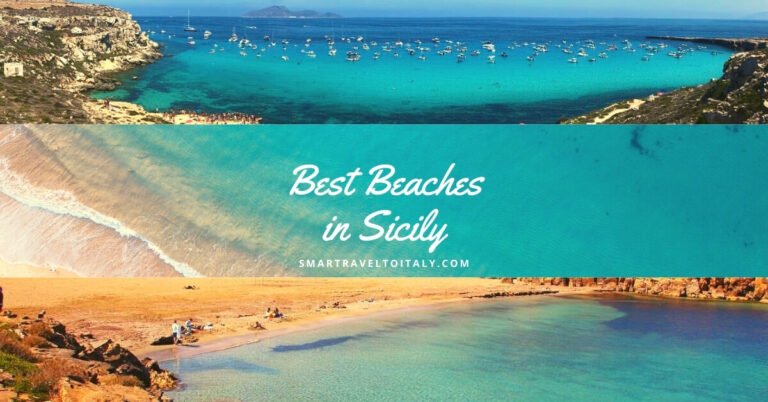 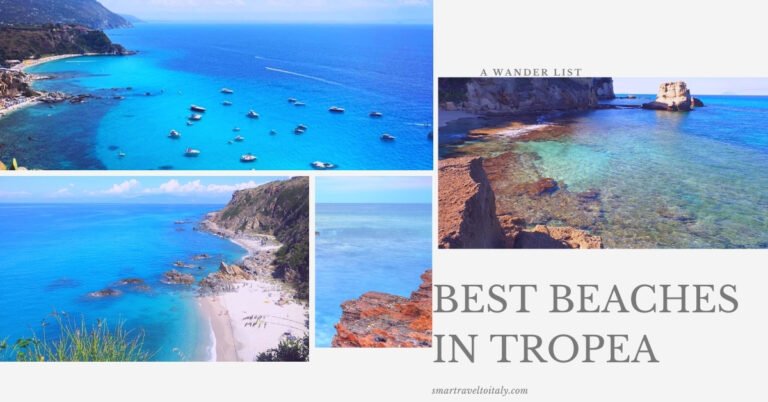 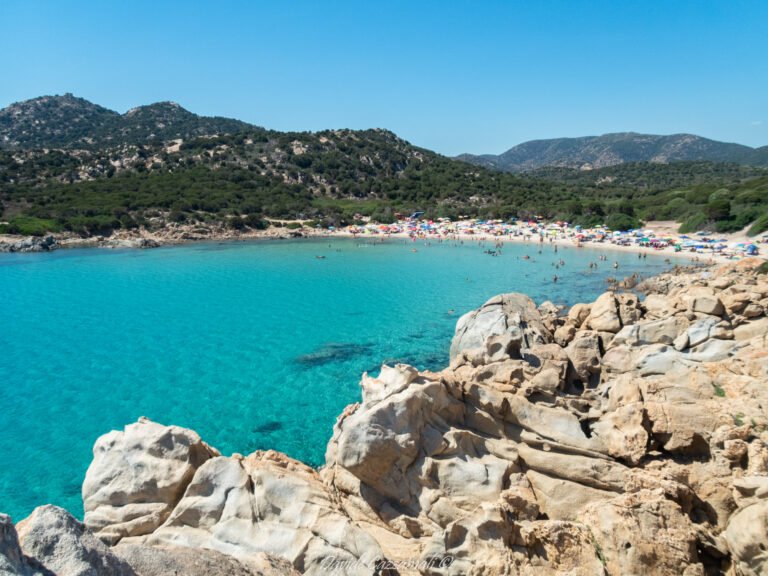