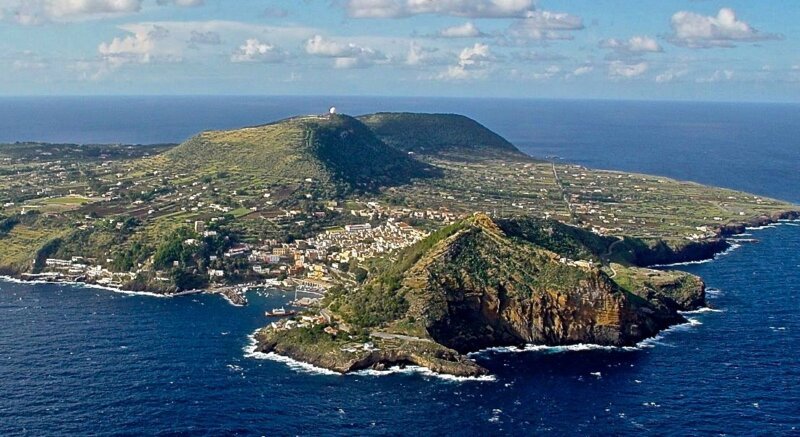 Situated in the Tyrrhenian Sea waters, Ustica is known as the Black Pearl of the Mediterranean. This turtle-shaped island is of volcanic origin and is made of dark, solidified lava. The name Ustica is derived from ustum, a name given by the Romans meaning black rock. The main town (also the port) on the island is also called Ustica and is home to 90% of the population. Tourists have not yet overridden this Sicilian island. The port of Ustica is situated between two inlets near Capo Falconara. The Bourbons built a fortress on top of this mountain, and these ruins are visible even today.

This 2 sq. mile island is the oldest in the Sicilian outer archipelago, older than the Aeolian Islands. It is actually the top of a submerged volcano and thus has no sandy beaches. Its coastline comprises creeks, bays, and caves, and exploring this coastline on a boat is the most popular activity. Part of the island is a national park and is definitely one of Italy’s most beautiful islands, with crystal clear waters and exotics marine life. These waters attract snorkeling and scuba diving enthusiasts from around the world.

Phoenicians, Greeks, and Bourbons have inhabited the island over the centuries. The Greeks called the island Osteodes (meaning ossuary) as a mark of remembrance for the 6,000 Carthaginians abandoned here. Pirates ransacked the island several times. In the 1050s, the island was a penal colony like Alcatraz and old Australia.

The island is very colorful almost all year round due to the wild flowering plants in bloom, except during July and August. You will also see figs, capers, grapes, prickly pears, wheat, and almond plantations.

How to Get To Ustica

You can take a ferry or hydrofoil from Palermo’s Stazione Marittima. The ferry ride takes two and a half hours and costs 12€. The hydrofoil takes just over an hour and costs 17€. There are several departures a day.

The best way to see the island is on foot. The locals are accommodating if you get lost. Some minibusses take you around the island. These leave from the town center every hour. You could also rent a bike for 28€ a day.

Things to do in Ustica

This is the first marine reserve in Italy, started in November 1986. These waters have always been free of pollution and are very popular with underwater photographers. Apart from some exotic fish and seaweeds, you will also get to see black corals. Plenty of turtles, red mullet, swordfish, and lobster are found here.

The park is divided into three zones. Zone A extends from Cala Sidoti to Caletta, including waters almost a kilometer away from the coast. Boating and fishing aren’t allowed here, but swimming is. Zone B covers the distance between Punta Cavazzi and Punta Omo Morto, including 3 nautical miles of water. You can swim here as well. Zone C covers the rest of the coastline where fishing and swimming are allowed.

On the southern tip of the island is Grotta del Gamberi. This is a trendy diving spot. While you’re here, you could also visit the Sub-Aqua Archeological Trail. The remains of many shipwrecks are visible in the waters of Grotta del Gamberi.

But the best diving spot on the island is situated in Secca di Colobara. This is on the island’s northern coast, and you can see some lovely sponges here. Another diving spot is Scoglio del Medico, situated on the western coast of the island, north of Baia Sidoti. The marine life seen here is unparalleled in any other part of Sicily. 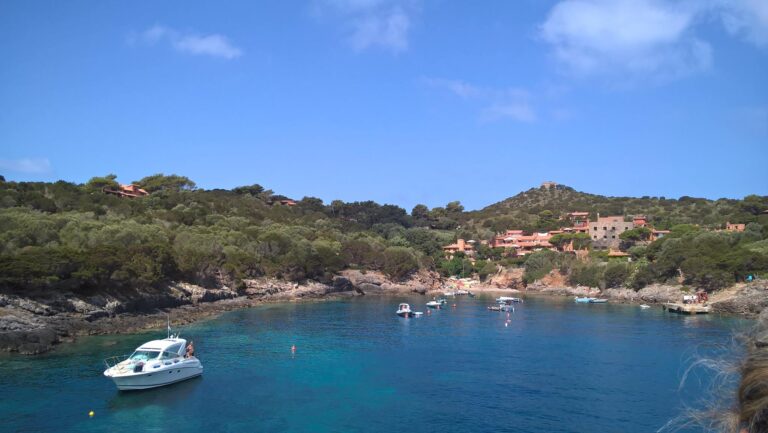