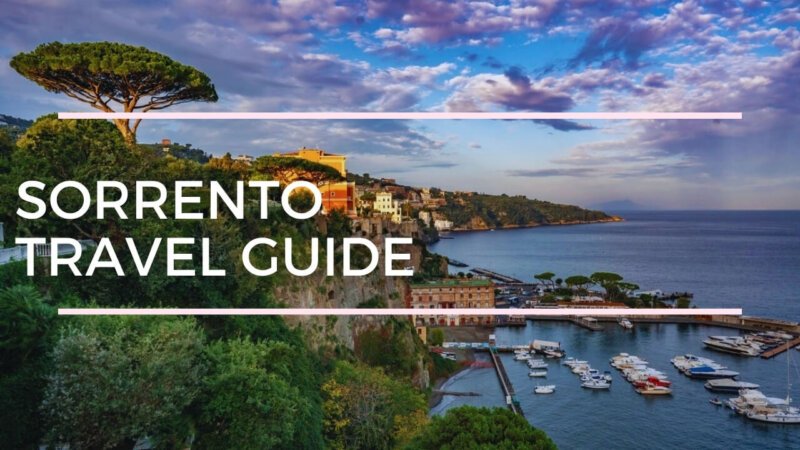 Situated in a picturesque position on a terrace overlooking the Gulf of Naples, Sorrento is the most famous town on the Sorrento coast. Since ancient times, the famous holiday resort, Sorrento fascinates tourists and visitors with its breathtaking views, the landscape of gardens and citrus groves, the marinas, the charming old town, interesting historical and religious architecture, the ancient tradition of inlaid wood and lace.

Enjoyable in every season of the year, day and night, Sorrento, hospitable and cheerful, welcomes visitors searching for sun, history, art, culture, and fun. There are numerous churches and historical buildings, amazing panoramic views, characteristic alleys full of stores and craft stores, exceptional quality of its gastronomic offer. There are also clubs, restaurants and cafes where you can spend your free time, stores on the main street where you can go shopping, festivals and cultural events to enliven the evenings and, of course, equipped bathing establishments where you can relax in the sun caressed by a pleasant sea breeze.

Best things to do in Sorrento

The Museum is located in what was the eighteenth-century residence (Villa alla Rota) of the Correales, Counts of Terranova, donated by the brothers’ Alfredo and Pompeo Correale to the city of Sorrento together with the family collections of pictorial and decorative art to make it a museum open to the public. Inaugurated in 1924, the Museum is divided into 24 rooms in which are exposed Greek, Roman and medieval finds, furniture of the 17th and 18th centuries, porcelain and majolica of Capodimonte and other manufactures, Venetian glass, Bohemian crystals, a group of Neapolitan shepherds of the 18th century, clocks. Of importance, the beautiful collection of furniture and objects of local craftsmanship of inlay, the core of Neapolitan and foreign paintings (XVII-XVIII century) and those of the landscape painters of the so-called “School of Posillipo” (Giacinto Gigante, Anton Plitoo, Teodoro Duclère), some editions of the works of Torquato Tasso. Not to be missed are the beautiful garden surrounding the palace and the belvedere terrace overlooking the Gulf of Naples.

Vallone dei Mulini in Sorrento is a place of great naturalistic suggestion. The formation of this deep fissure in the rock dates back to about 35,000 years ago. The valley owes its origin to the most violent eruption in the history of the Phlegrean Fields and the subsequent erosion processes by the waters that progressively engraved the tuffaceous basement. That one of the Mills is the best-preserved valley in the Peninsula (there are four others), even if today, unfortunately, it is possible to admire only the central part which extends from Piazza Tasso to the villa La Rupe and from here to the Porta degli Anastasi. The Vallone owes its name to a mill’s presence, whose ruins are visible, used until the early ‘900 to grind the grain. In addition to the mill, historical and artistic testimonies also tell the presence of a sawmill and a public washhouse. The construction of Piazza Tasso (1866) decreed the end of the activities in the valley. The filling of the terminal part of the valley with the area’s consequent isolation from the sea caused a sharp rise in the humidity rate that made the area unlivable. The particular microclimate favored the development of a luxuriant herbaceous and arboreal vegetation instead.

Piazza Tasso is the main square of Sorrento, the heart of the city life, emblem of a tourist reality of international fame.
Originally, the square was called Largo del Castello because of the castle built there by Ferdinand of Aragon in the 15th century. With the urban transformation operated in the XIX century, which marked the castle’s disappearance, of the ancient sixteenth-century walls, and the ancient Porta del Piano, the square assumed its present aspect. Named after the most illustrious citizen of Sorrento, Torquato Tasso, to whom a monument by the sculptor Gennaro Calì is also dedicated, the square is adorned by the statue of Sant’Antonino Abate, patron saint of the town. Among the buildings surrounding the square, stand out the Correale house with a beautiful majolica courtyard (southern side), the church of Santa Maria del Carmine with its rich baroque facade, and the elegant Grand Hotel Vittoria (northern side), famous for having hosted in 1921 the great Enrico Caruso. Along the north side, a terrace overlooks a narrow tufa gorge crossed by a small road leading to Marina Piccola.

Rebuilt in the fifteenth century in Romanesque style on an ancient place of worship, the cathedral dedicated to Saints Philip and James has been the subject of several restorations that have completely changed its appearance, until the remaking of the facade in 1924.
The only original element is the lateral marble portal (1479), which shows in the architrave the coats of arms of Sixtus IV, of the house of Aragon, and the Archbishop De Angelis. The interior has a Latin cross. Three naves are adorned in the ceilings of baroque paintings by Oronzo and Nicola Malinconico and Giacomo del Po and preserve works of great value. In the first chapel, besides the baptistery in which Torquato Tasso was baptized, there is a magnificent marble relief of the Redeemer of 1522 framed by twelve fourteenth-century panels. In the central nave, we can admire the archiepiscopal throne and a pulpit embellished by a “Madonna with Child and the two San Giovanni” by Silvestro Buono (1580), both from the 16th century; in the presbytery, the wooden choir is a remarkable example of inlaid woodwork from Sorrento from the early 20th century. Finally, in the Chapel of the Blessed Sacrament, a valuable wooden crucifix of the ‘400 overhangs the seventeenth-century altar with side cherubs of Domenico Antonio Vaccaro’s workshop. A few meters from the Cathedral, on Corso Italia, overlooks the red bell tower with five floors. The basement and the first three floors date back, most likely to the eleventh century. The upper part, with the ceramic clock instead, was made in the eighteenth century.

Built-in the XIV century as Domus Novae (from which Dominova), the small square building in the historical center of Sorrento, is the only testimony in Campania of the ancient noble seats, the medieval institutions deputed to the administration of the public res.
The Sedile Dominova, which reflects Renaissance type architecture, the fruit of the numerous rehashes operated in time that has canceled its original aspect, presents itself as a loggia with arches closed on two sides by balustrades. At the same time, scenographic perspective frescoes decorate the walls of the other two. Inside, it is possible to admire some frescos, one of which reproduces the coat of arms of Sorrento surrounded by angels. The loggia is surmounted by a seventeenth-century dome in green and yellow majolica. The dome’s vault represents the heraldic insignia of the noble families that were part of the Sedile. The small room adjacent to the loggia, used by the noble families of the time for non-public meetings, since 1895 is the Workers Society for Mutual Aid seat.

A picturesque seaside village can be reached by following a stone stepped road and crossing the ancient Greek Gate; Marina Grande preserves the charm of the fishermen’s village it once was with its colored houses, boats and nets pulled on the shore.

The village, made famous by the film with Vittorio De Sica and Sofia Loren “Pane, Amore, e …”, offers characteristic restaurants and bathing establishments. However, nothing remains of the shipyards that made the famous “gozzi sorrentini,” wooden boats with oars and sail, suitable for fishing in the past in this place. On July 26th in the marina, there is the celebration of Sant’Anna, patroness of the village, to whom the church is dedicated.
Marina Piccola is the port of Sorrento, an important landing place for ferries and hydrofoils, not far from the central Piazza Tasso. The port, located in a beautiful inlet, was once called Marina di Capo Cervo from the promontory’s name that overlooks it. The works for its construction (1912) transformed the original aspect of the place that survives only in the small chapel dedicated to Santa Maria del Soccorso and Purgatory’s souls. The bathing establishments at the side of the port that often, because of the reduced dimensions of the sandy shore, are realized on piles on the water.

Saint Antonino is “Patron, Advocate and Father” of Sorrento and the peninsula. To the Saint who protects the city from calamities, epidemics, and numerous miracles, the homonymous square’s basilica is dedicated.

Probably built around the year 1000 on the oratory near the Saint’s sepulcher, in the following centuries, the church was the object of restorations and rearrangements which contributed to give it the present baroque look. At the basilica entrance, two cetacean bones recall the most famous miracle performed by Saint Antonino, that is to say, that of having saved a child who had been swallowed by a whale. The interior is articulated in three naves divided by twelve columns (6 on each side), in part coming from the Roman era’s villas. The ceiling of the nave is decorated with three canvases by Giambattista Lama (1734): in the center is represented Saint Antonino in the act of freeing from the devil the daughter of Sicardo, prince of Benevento; in the side, tondos have represented the saints Gaetano Thiene and Andrea Avellino. From the lateral naves, one descends into the crypt with a vault resting on eight columns. At the center of the hypogeum, there is the altar on which there is the statue of Sant’Antonino, behind which there is the perennial oil lamp. In memory of one of the miracles performed by the Saint, it is a devotion for the faithful to mark themselves with the oil with which the silver sheet on the back of the statue is anointed. The remains of the patron saint are kept under the altar; on the walls, there is a rich collection of ex-votos, gifts from sailors who escaped shipwrecks, and paintings depicting miraculous rescues. 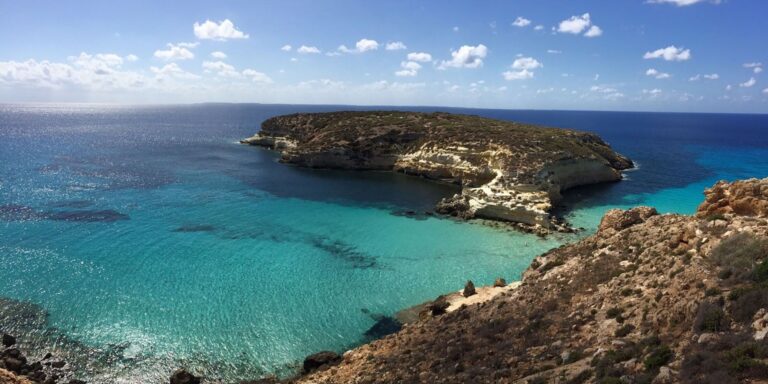